Here's the progress we've made so far on the N scale demonstration layout! Started on 12-26-02 we've had it running for two campus club event seasons already... See below for more photos of the fall 04 club day display 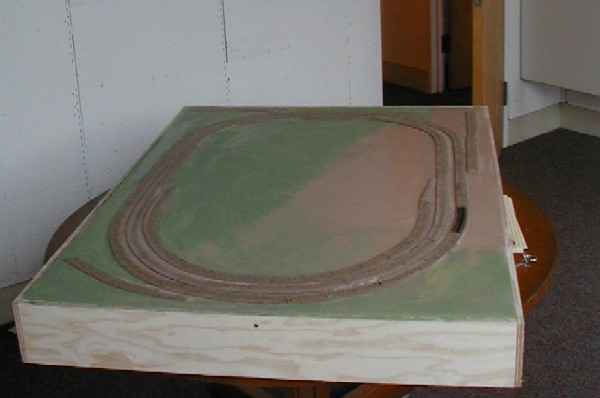 Most of the cork is laid with the exception of the turnouts. Meanwhile the pink foam has been painted green and brown. To the left is the Dinkytown area and the right is the river bluffs area at Hoffman Ave in St Paul. The dividor will stretch from the upper right to the lower left. Total dimensions - 4 feet by 3 feet. Next step - trackwork! 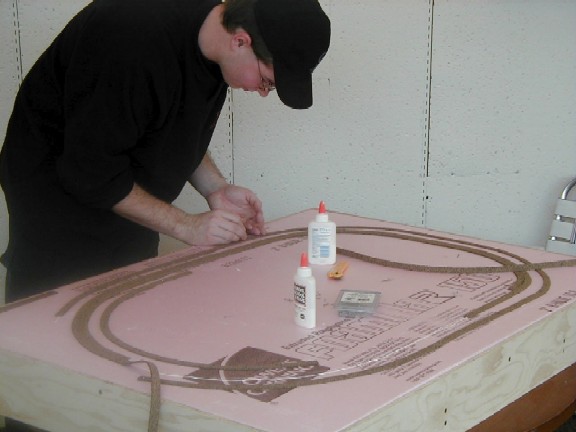 We've moved and the demo survived!

It's scenery time! Seen here in July, it is set to make its debut [in the "under construction -want to join and help out?" mode] at the campus club fair in Sept. Those pink things are Dayton's Bluff, the grain elevators on the other half are coming next. 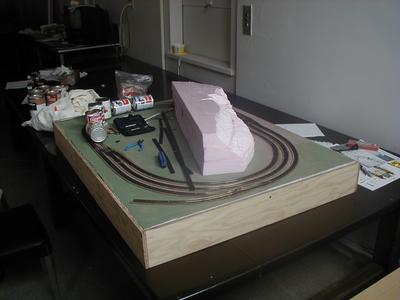 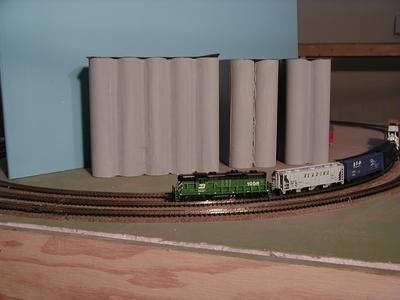 The start of the Dinkytown grain elevators. Amazing what PVC and cardboard [salvaged from the recycling pile] can do!

An overhead view showing both sides. 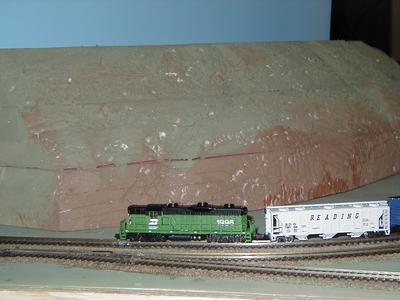 Preparing for the Campus Club days - GN and Missabe SD9s are running the show these days on the layout. Our scenery is on a diet to help in the ease of transporting it around campus [and the students don't mind - they just like to see the moving trains] 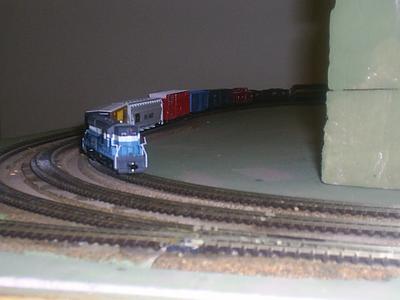 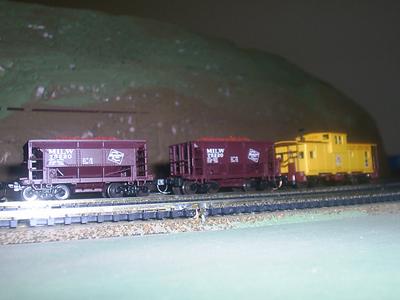 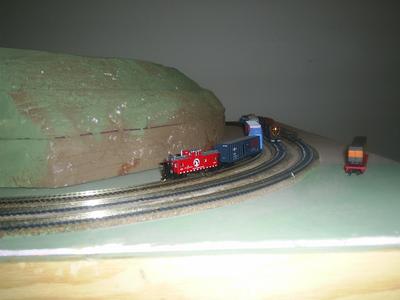 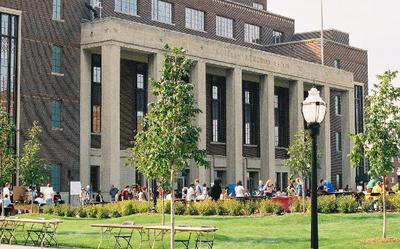 We're out in the sun in front of Coffman... 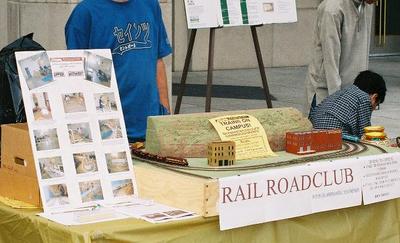 A headless Andy [left in the blue shirt] and headless Usman Anwar [right in gray shirt] by the table with the whole set up...

Andy with his head back on - talking to interested students talking them into joining. 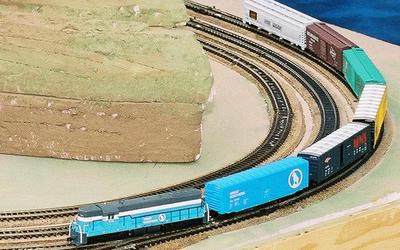 Our GN train on the outside track 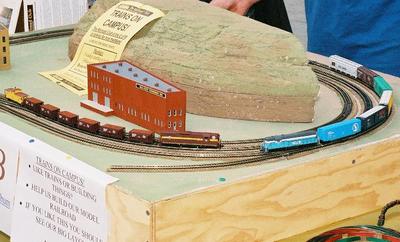 Both trains meeting, a pair of colorful SD9s at work 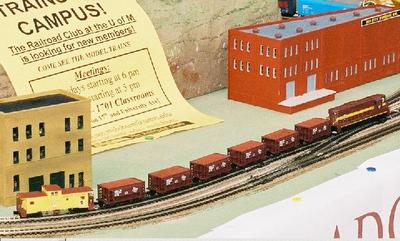 And our Missabe ore train on the inside track

And some of our new N scale rolling stock! 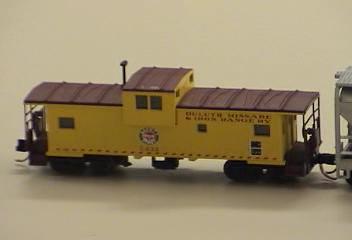 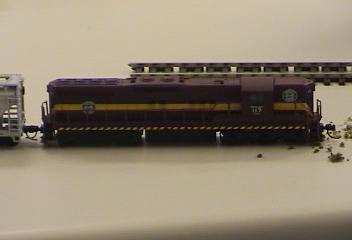 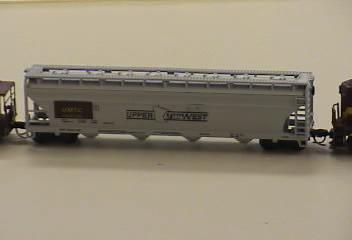 Yes - the UMTC does exist in N scale but on a smaller level [no pun intended - really!]