Here is the layout of our new home in B50 / B40 Magrath Library!

The room (B50) as you can see was a computer lab (lots of outlets) with key card access. Room B40 is an adjoining storeroom.  The rooms are in the extended study area of the library so is accessable to students until late most days of the year. 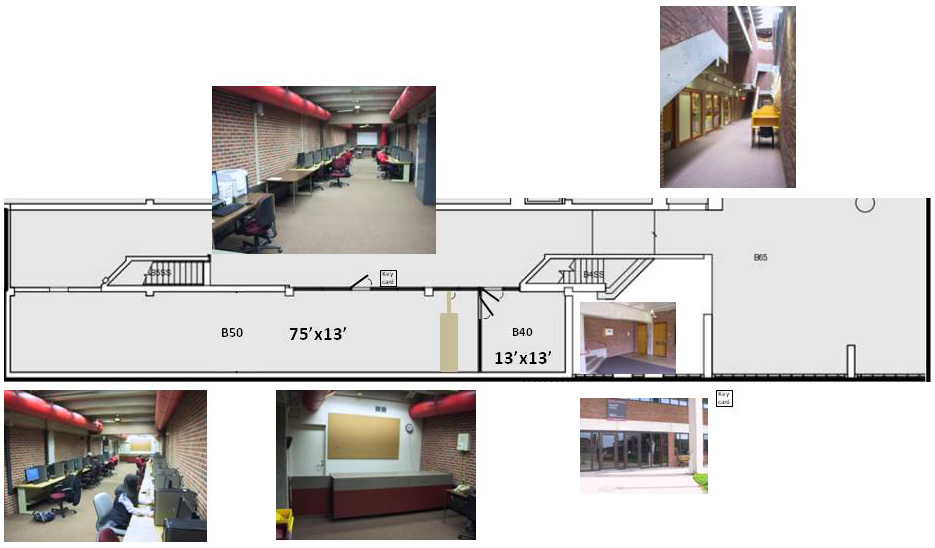 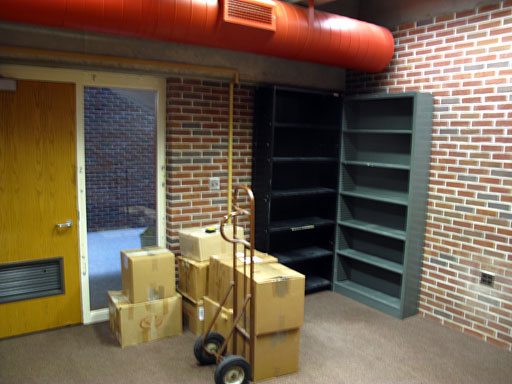 The club alumnus duo of Andy Inserra and Tom Enget teamed up with advisor Mark Galatowitsch to make the move from 310 Williamson to B50 Magrath.  A number of trips were made with a rental van and Andy's(?) car back and forth between the campuses.  We packed it all in the new space and we're ready to start a new chapter in the railroad clubs history.  Big thanks to Tom and Andy for all their help!! 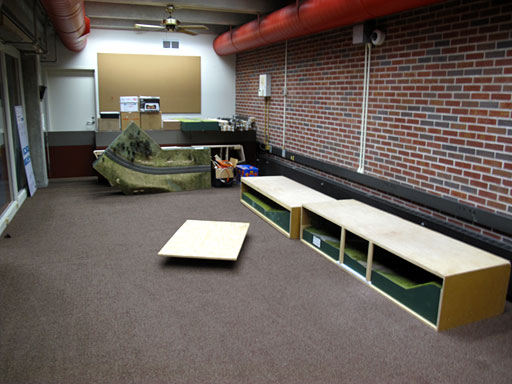 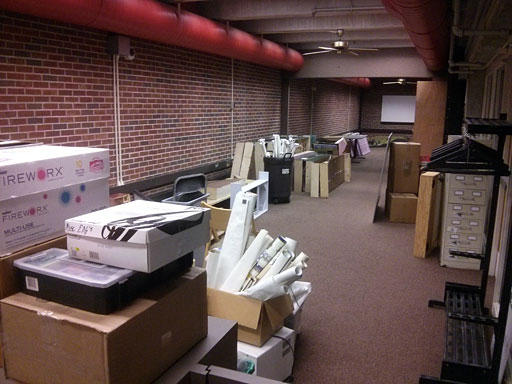 Magazines on the shelves. Now just need to start setting up modules!
Sept 3, 2014 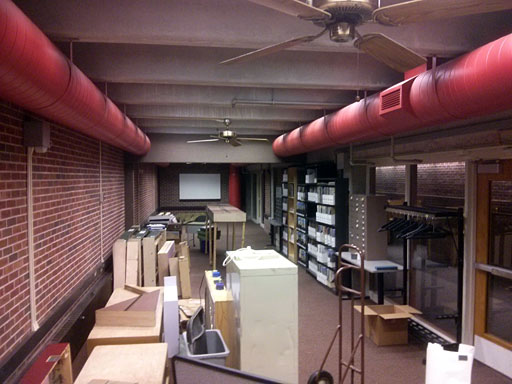 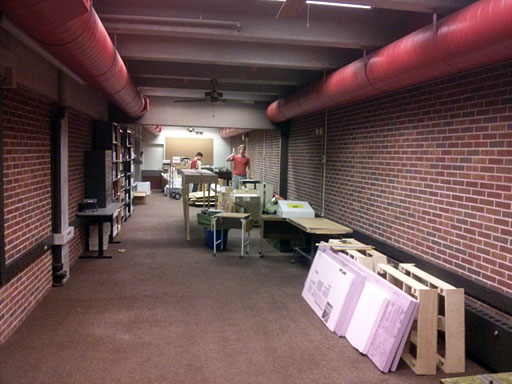 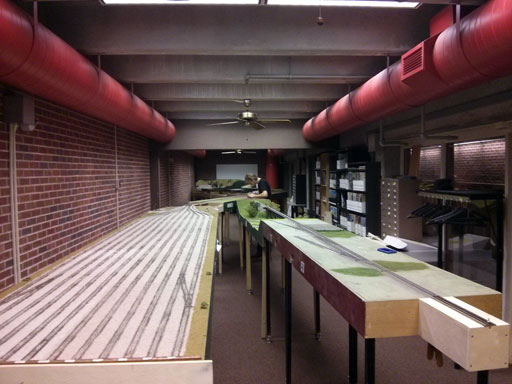 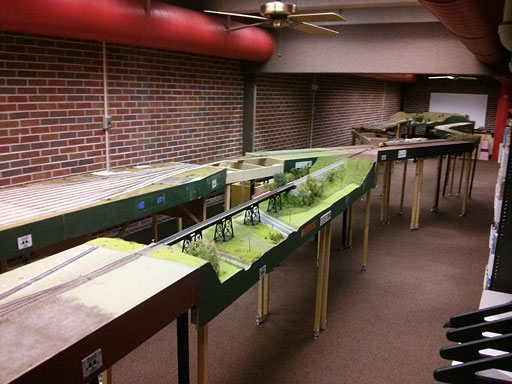 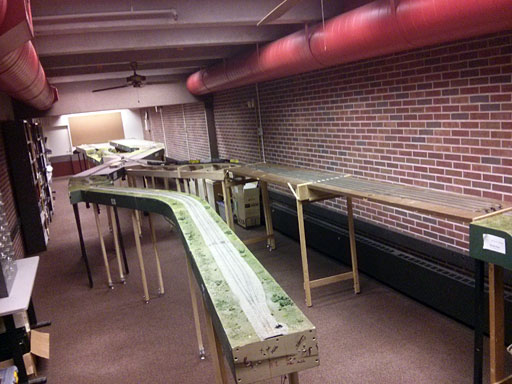 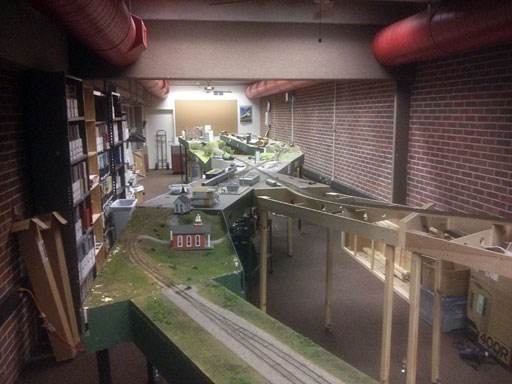 A few cars have started to occupy the tracks in the yard. BK photo
9-18-14 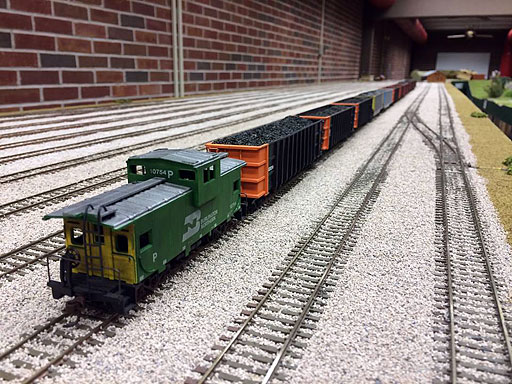 Trains are running!
The inaugural UMTC Officer's Special required an abrupt stop in its initial track survey due to a work crew fixing a joint in the mainline.  BK photo
9-25-14 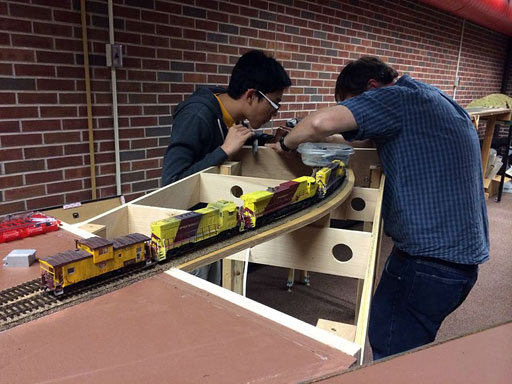 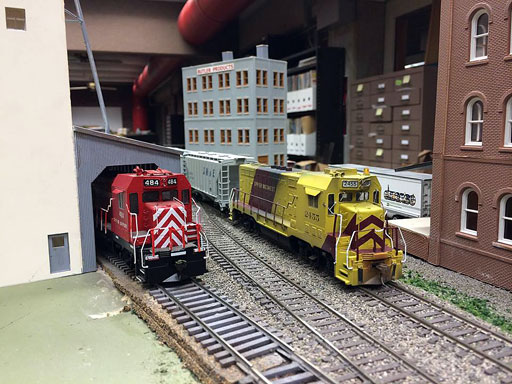 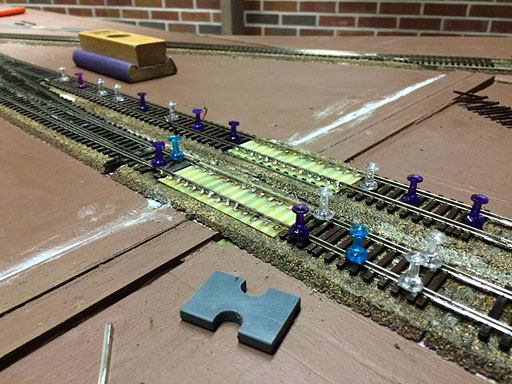 Dakota Junction's characteristic gate is now installed and will be fully operational once a series of stop signs are installed.  The Dakota Junction gate is swung open allowing clearance for trains along the Warroad Subdivision mainline. UP 4572 (to become ILSX 1343) sits on the diamond track adjoining the MNN Warroad Sub. with the CP Noyes Sub. BK photo 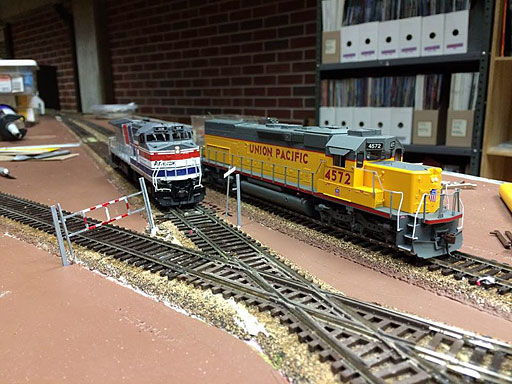 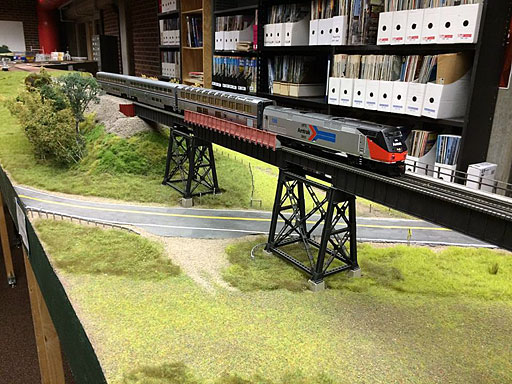 The year ends with the club set up in our new (dry!) home in the basement of Magrath Library on the Saint Paul campus.  We need to start recruting new members and thinking about how to use the space efficently to include more of the modules on hand.... Stay tuned!

Return to:  B50 Magrath Layout Photos