We started the year off with a few more modules from club members moving into the room to extend the setup.  Lonely Curve (Jeff Crump), Forrest Bend (Nick Sterner), Marias Pass (Jeff Crump) and Kimbles viaduct (Mark Galatowitsch) are now part of the 310 Williamson setup.

We have sprung a substantial leak in the roof!  Modules had been covered in plastic in case this would happen (there were drip stains on the floor in various places) so nothing was damaged.  FM has been contacted and they will attempt a temporary patch now and a permanent fix this summer. 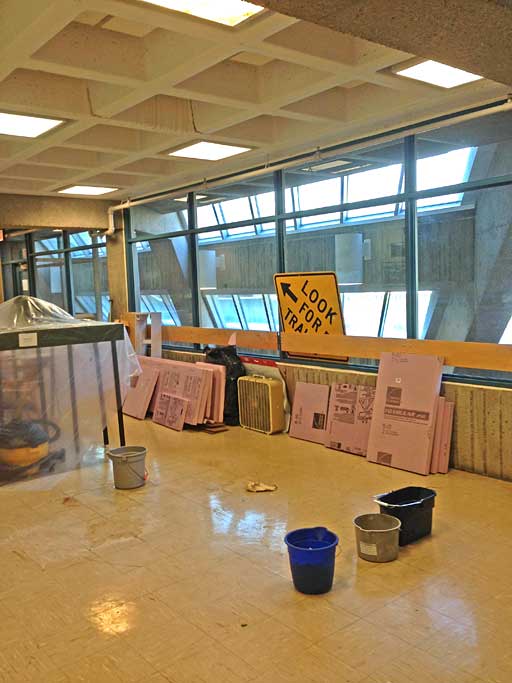 A major roof patch was conducted this summer by FM.  We are waiting for a good rain event to verify the fix.  We're keeping our fingers crossed that we are dry again. 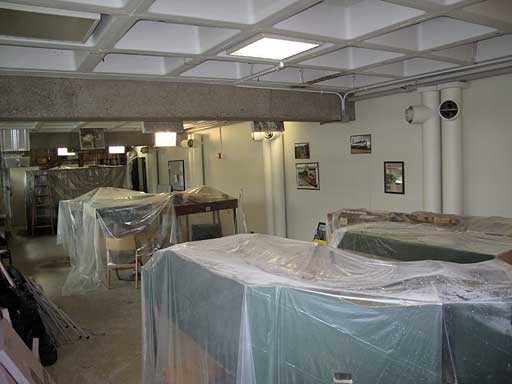 Roof seems to be holding up so we are setting up modules and running trains again!  Two wedges were constructed to add to Brian Kays Dakota junction module to give us the ability to fully utilize the junction module.  Here is the current layout:

David Klemm has donated his Wabash yard module to the club! Bob Sterner has also brought over his Valspar module to give us more switching opportunities.  New layout with Wabash and Valspar: 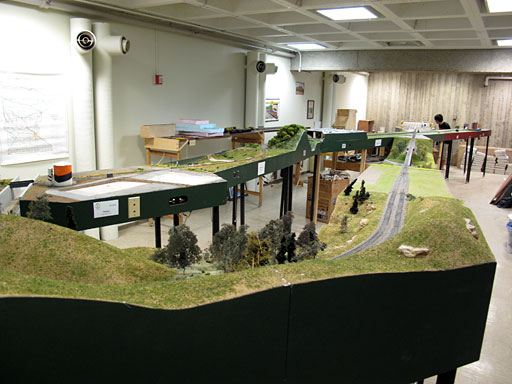 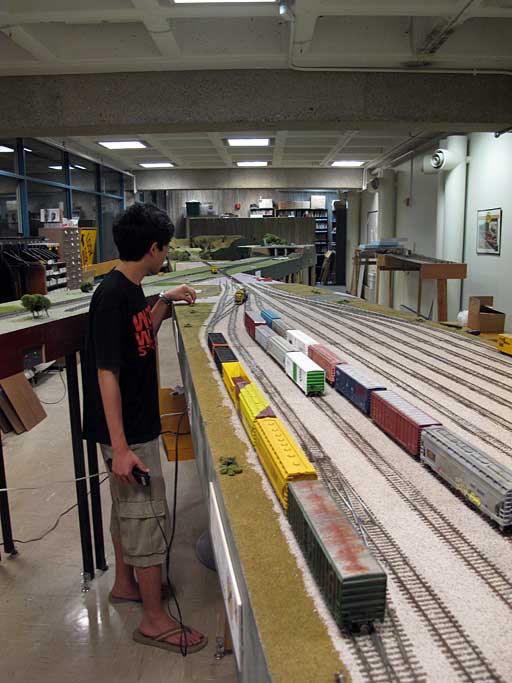 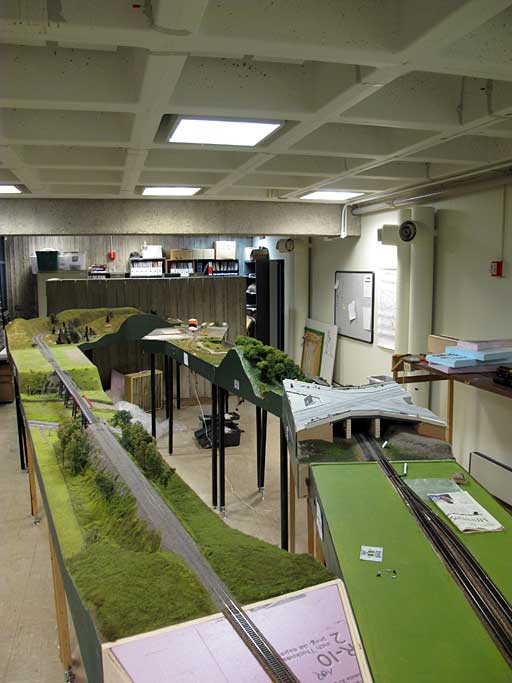 We now have a couple of modules not in use (Stage at Joe's and the 5 ft double track module that's being built.  So we decided it's time to turn the corner and build some curved modules to make it happen.

Two 45° double track curve modules were built to turn the corner at the end of the room. 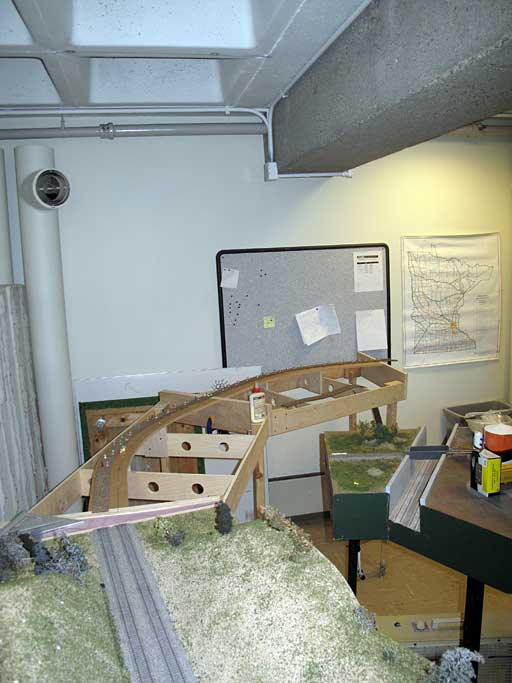 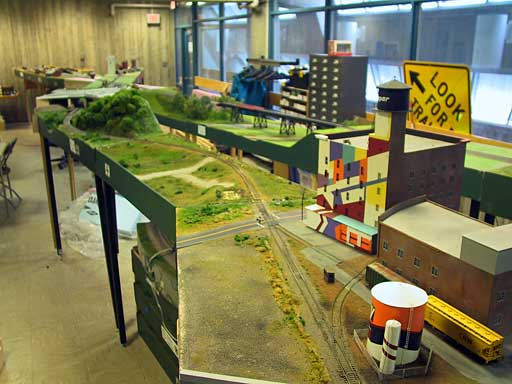 A small wedge transition module was added between Marias and the first 45° curve.  It added a couple of  degrees to the curve and helped turn the corner.

Two 22.5° double track curve modules were added to jog around posts and pull the layout away from the wall. 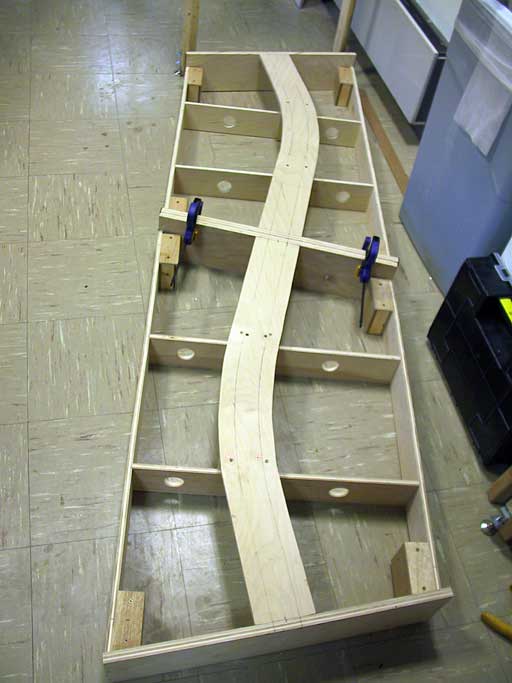 Roadbed going down on the new modules and the connection being made with Wabash yard. 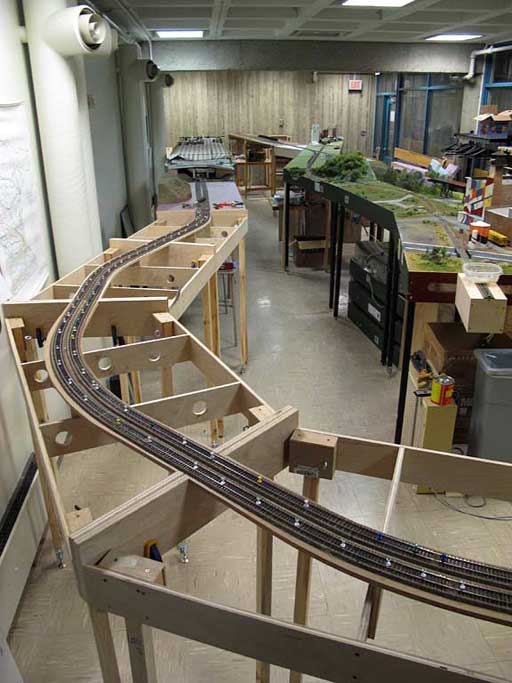 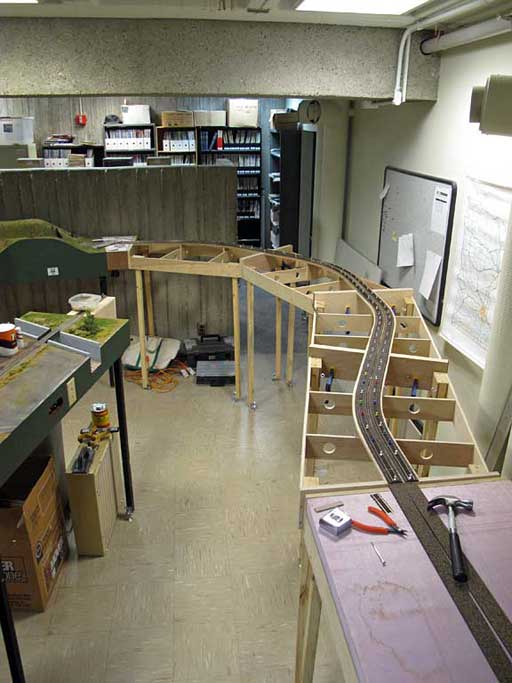 Trains will now be able to run out of Wabash yard and deliver cars to the transfer yard (Stage at Joe's)  A local train will take cars from Joe's to the industries on the branch line (Valspar and Womack). 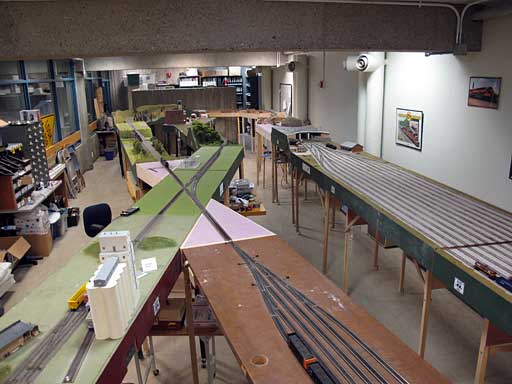 Looking down the branch line from Womack 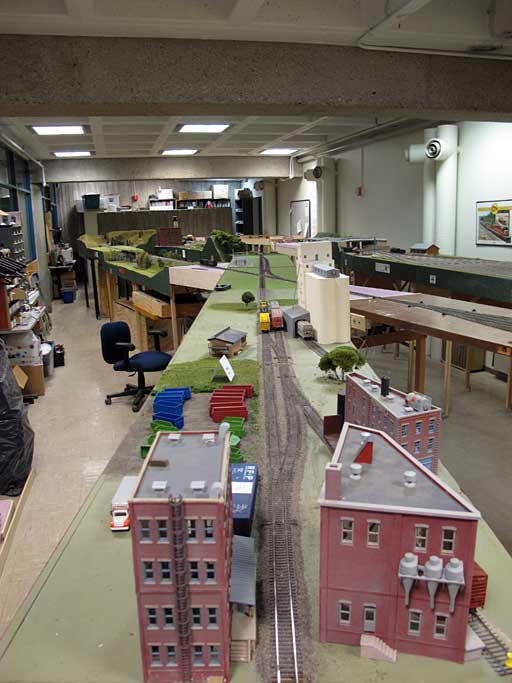 Bob needed to do some work on Forest bend and Dinkytown so we incorporated two sections of  Hersey Siding (donated by Tom Gasior) into the layout. 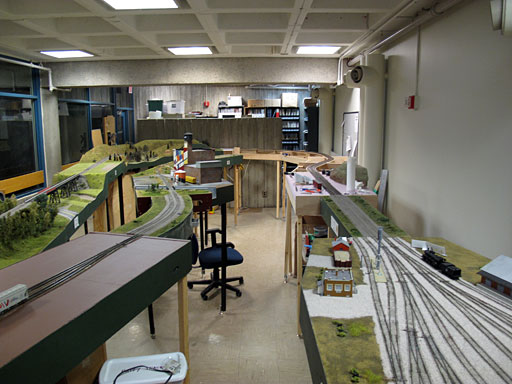 Dakota junction with the wedges gets a new coat of brown paint. 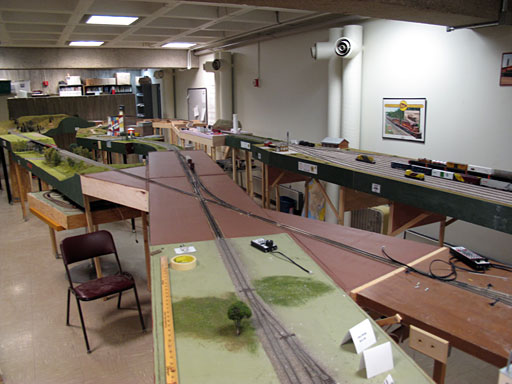