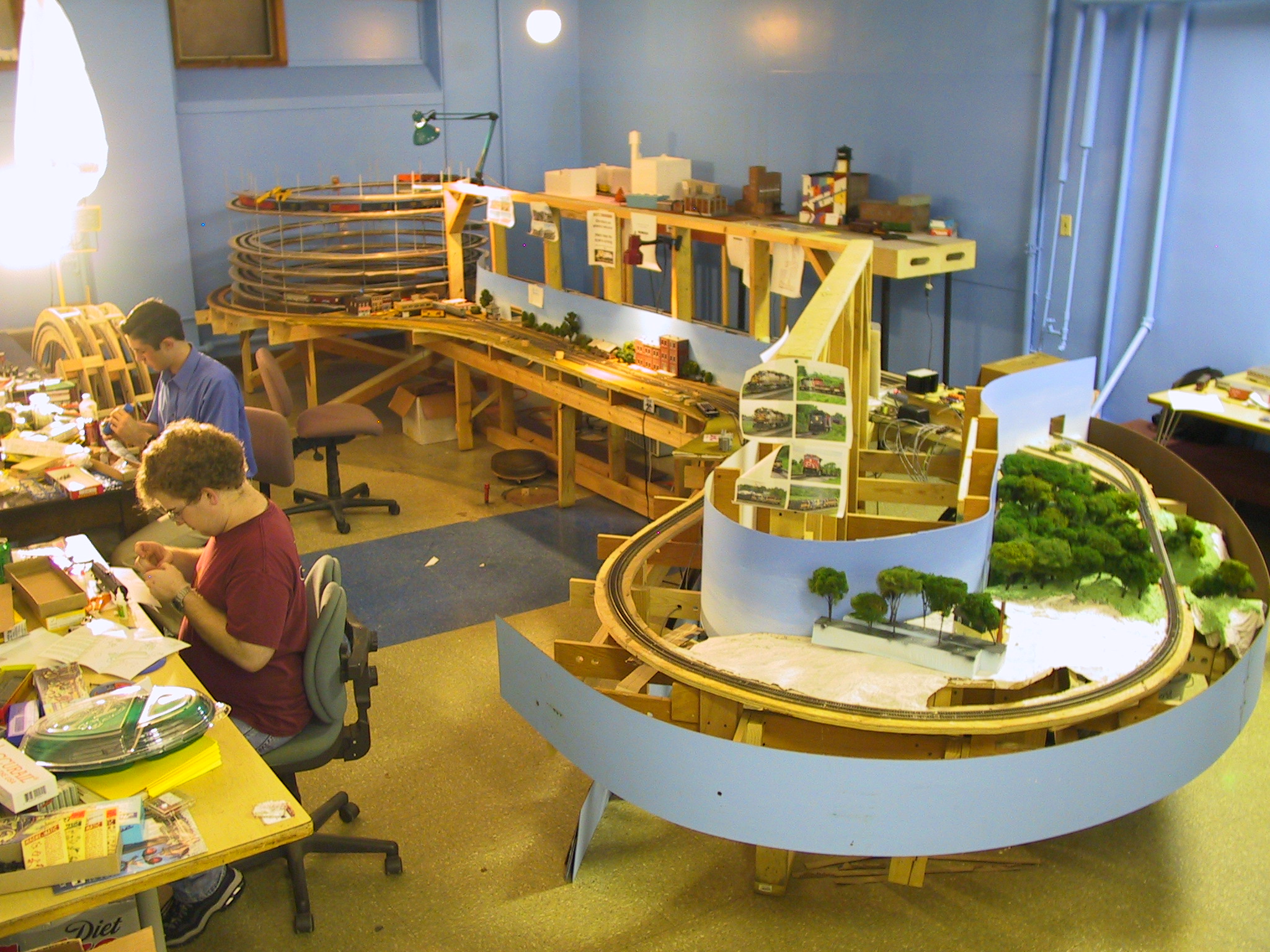 Our first layout was in Room 4 in the 1701 University Ave Bldg in Dinkytown [a U classroom building that was torn down to construct a dorm].

It was planned as a triple deck layout that incorperated Free-Mo modules into a more permanent layout, giving us freedom to change scenes and let members create and add their own modules. The levels were connected by a double track helix.  Levels one and two were operational and the second penninsula which would have connected to the third deck was built and track being laid when were were informed we would have to move.

Big thanks to Bob Sterner for getting this all together, he and Nate Schutte formed the majority of the initial layout planning committee. Final "acceptance" of the basic plan was in June 2003, then we started moving on building, starting at the bottom and working up as time and money permited

Explanation of it all -

Overall plan view of the room