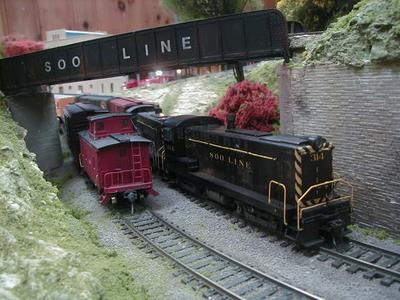 Two trains meet under the Soo overpass - guess which railroad is the main hauler in this town... 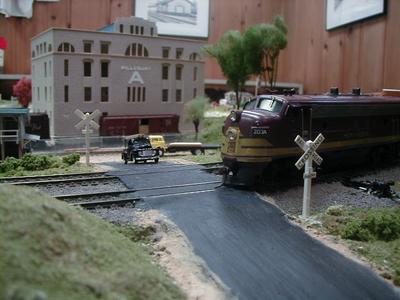 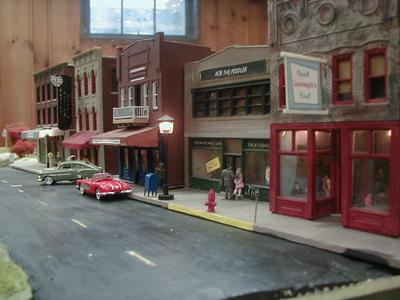 Your typical main street of the day, the bike store is complete with bikes!

George has been a long time modeler and transit advocate and invited us to check out his layout in the spring of 2004. Based out east in the heyday of traction it is a great layout with working overhead wire and all... George is seen below on the right and in the last photo in this series as he checks on a stuck car. Thanks for the tour George! 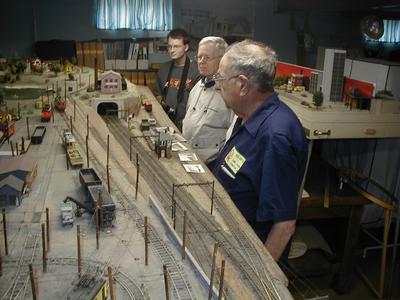 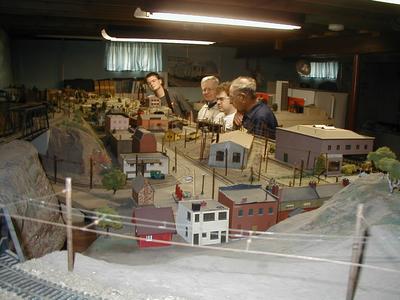 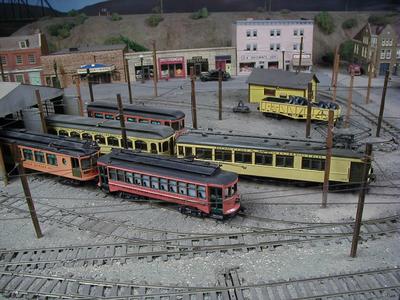 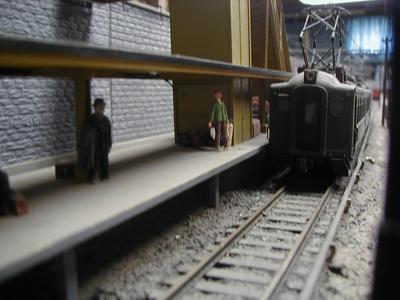 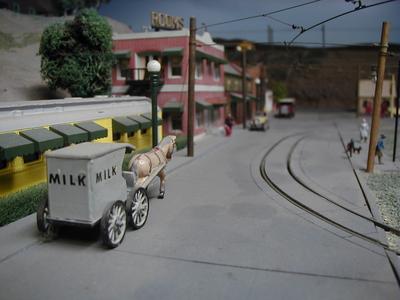 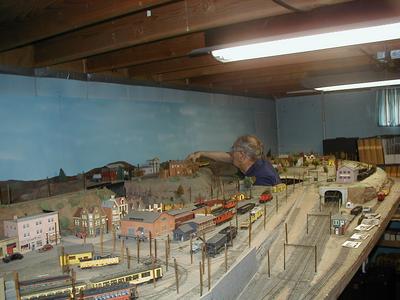 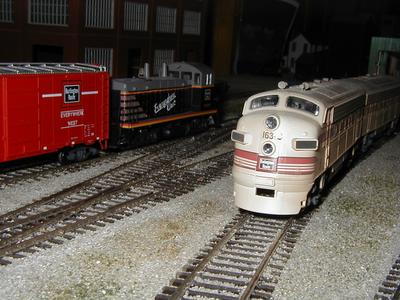 F-units passing a switcher in a perfect Burlington Route set up! 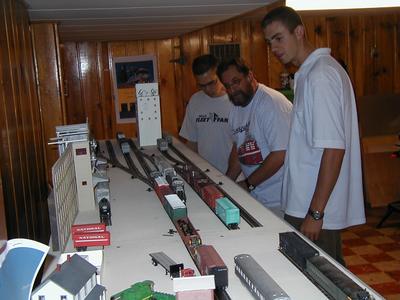 Left to right we see Jake, Jeff, and Ed all trying out Jeff's DCC system. With similar systems Jake is getting an idea of how ours will work!